Phew! Well, I managed to 'mostly' get it done. If you missed part one, you can see it here. First I cut the pants apart so I could use it as fabric. Rather than pin the pattern to the fabric, I use fabric weights. 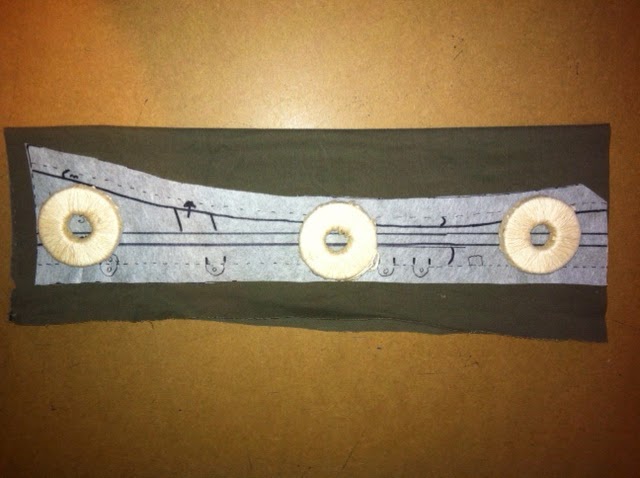 After cutting out the fabric, I transfer all the markings directly on to the fabric with a Frixion Heat erase pen. It makes things much easier to put together and all markings disappear with ironing. 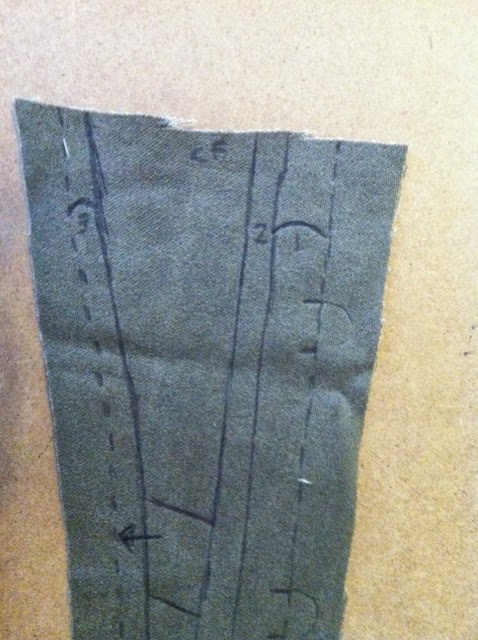 After a few rounds with my sewing machine. I beat it into submission, setting in on some 1900 house and sewed up all the seams. The pattern doesn't have seam allowances, so I added 1/2 inch. For boning, I used various sizes of cable ties. 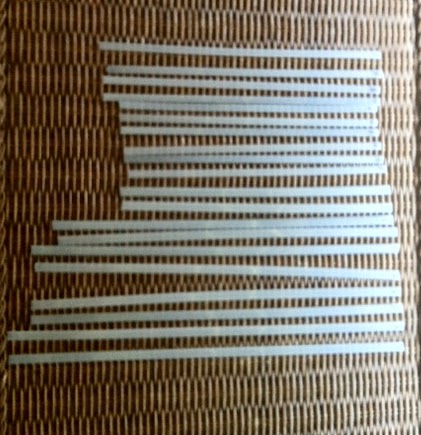 The nice thing about cable ties, is that you can cut them to size with ordinary scissors.
To avoid confusion later, I mark where the boning is going to go with sharpie. 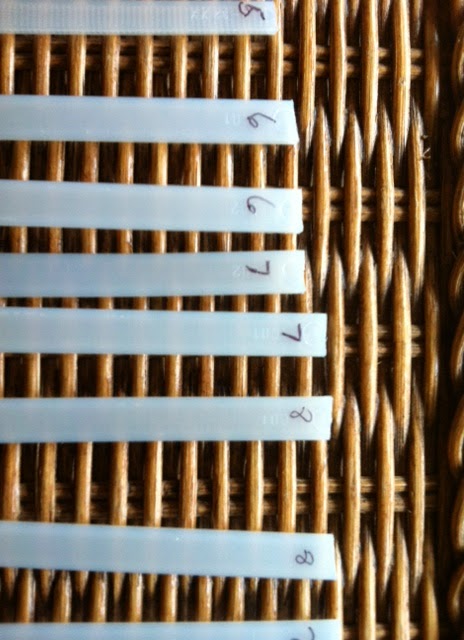 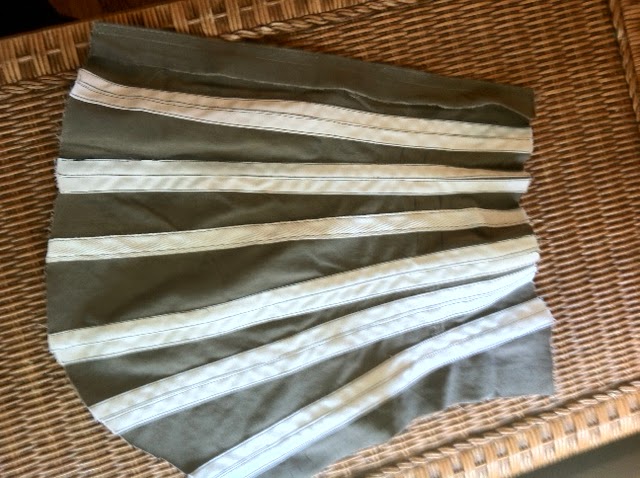 I didn't have the front busk yet, so I basted the front of the corset together so I could lace it up. I love the silhouette of this corset. Things I learned:
1. Have more than one bobbin. That way when you lose you ONLY BOBBIN you don't have to waste a half an hour looking for it before you even start.
2. Don't sew several pieces inside out. Machine sewing seams are a female dog to pick out
3. Project runway is the best show to watch while machine sewing. It's like you are RIGHT THERE.
4. Using my sewing machine is bearable if I put it on my coffee table. I guess it's not the sewing machine I have a problem with, it's getting off the couch.

When I get the front busk, I will show a picture of the front. Since my event is this coming weekend, I need to get to work on the shirtwaist. I may just leave the the front sewn together for now, so I can wear it under my costume. I hope my boyfriend has been eating his Wheaties, but pulling this puppy tight is a workout.
Posted by Unknown at 11:01 AM