The holidays are almost over and I have all kinds of ideas in my head of what to make. Part of me wants to start sewing some stuff for my 'real' wardrobe, but I've lost a great deal of weight and plan on losing a little more so I want to wait so I can make things that are more fitted  I want to make some new stays and I want to work on my 18th century court dress and so on, and so on.

One of the things that has occurred to me as I began this process is, although I do want to make some pretty pretty princess things, I also like the idea of "who would I be if I lived then?" What would I wear as a real person. I also find a lot of great shirts that I would like to make into shirtwaists, so I'm going super basic. I'm making myself a walking skirt. I have about six yards of cotton twill which will be perfect. At some point, I will start using some of the pattern books I own, like Janet Arnold, but as I'm learning, I need premade patterns to begin from.
I picked this pattern, because it has the skirt pattern in two lengths and the shirtwaist pattern. The skirt seems pretty straight forward so far. Its 7 gores with a kick pleat in the back. Its only been straight seams so far, I'll let you know how it goes when I get to the anything funky.

I don't have a single event to wear this to, but I think it will get plenty of use in the future since it's a very practical skirt.
Posted by Unknown at 12:32 AM No comments:

I am thrilled to be attending Costume College this year. I am so excited to meet some of my blogging inspirations and learn new skills. I'm applying for a scholarship and I have an essay and photos ready, but I have a bit of a snag. I need a recommendation from a member of one of the following guilds: 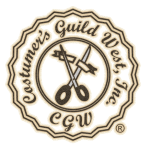 The problem is, I haven't been doing this long enough to know anyone in these guilds. So if anyone is out there (helloooooo) reading my blog, who is a member of one of these groups and would be willing to help me out, please shoot me an email. 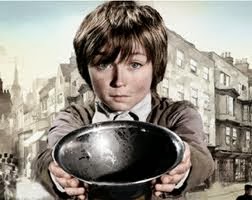 We had a great time yesterday, despite the fact that I was up til 4pm sewing the bodice and I wore my boots for the first time and they pinched my feet. Since my guy has a very small car and my costume has a very big skirt, I didn't get completely dressed until we got to the parking lot.
I was literally putting my headdress together in the parking lot. I'm not sure if I got a very good picture of it. I wanted it waay more elaborate but I ran out of time. 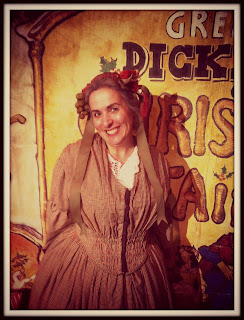 See the green stripe down the front? That's because at 3am I realized I had no hooks and eyes (not that I could find anyway. So, I made it work and cut buttons and buttonholes off a green silk blouse I had. It looked fine, but not particularly historical or finished.
I think I underestimated my need to stand out in a crowd. Difficult at the best of times at Dickens, but especially hard in what reads as beige. I think next year I'm going to have to go bigger and more colorful.
All in all, we had a great, if exhausting time. Ken picked up some fabulous men's fashion accoutrement. I spend all my money on booze. I wish there was a vendor there that specialized in historical fabrics and notions and such. I would probably have bought something. I didn't really want to buy any costume pieces since I'm learning to sew them myself.

First of all, since everyone seems to have pictures of their cat sitting on their fabric, I present my dog snuggling with mine. I apologise for the partial shots. My mirror is very narrow.
After about twenty minutes of struggling, I finally managed to get my corset on by myself. I took it in, but its still too big. Essentially, even with the back laces meeting completely,  it's still my same waist size.
I found a really poofy bridal underskirt that gives the right silhouette. So it's going to have to do for now until I can make my own ruffled petticoat.
I did make a regular petticoat. It's just three one yard panels make from a sheet and cartridge pleated to the wastband. 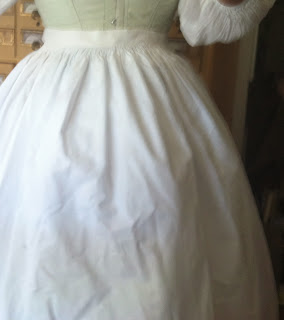 And then the skirt. Also cartridge pleated. I really love cartridgle pleats. They add zero bulk to the waist, so you can wear several layers and they look nice. Using plaid fabric really helped with the spacing of the pleats.

Posted by Unknown at 3:38 PM No comments:


This is a picture of it on my mannequin instead of on me. I decided that 45 minutes of  struggling to get it on myself at one in the morning was quite enough torture for one day. I need a ladies maid. So it's in need of a press and I may add some crochet lace, but at this point I won't have anything to wear over it if I don't get started on the dress.
The back will be laced a little better too. The lacing will be a bit looser on my boobs and my hips and a bit tighter on the waist. 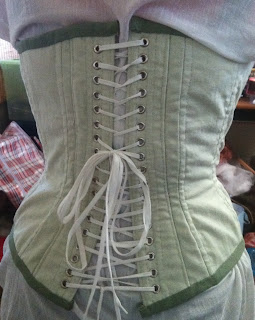 If you look closely, you can see I skipped a grommet. I did measure, but somehow I got off just enough that there is one more hole on the left than on the right. Oh well, another lesson learned for next time. 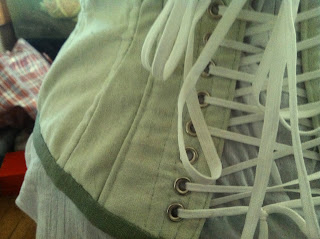 Posted by Unknown at 6:21 PM No comments:

Paper Mothball Vintage is having a shoe giveaway with American Duchess shows. I want them....badly. 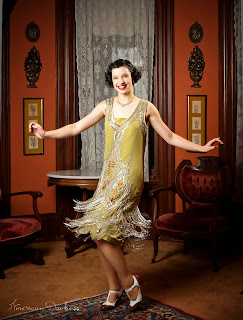 Posted by Unknown at 5:28 PM No comments:

I'm almost done with the corset. Just some fiddly bits left. I had a few issues. First of all, since I've lost a bunch of weight, the corset was too big. I thought it was fine when I did the fitting, but I think I picked a larger bust size than I needed. I don't think my brain has actually caught up with me. I did a kind of ad hoc fix, and just took it in an inch on each back side. It'll work, I'll know better next time.
Also, the inside was really ugly. If I was using a machine, I think that just using the two layers of coutil for the boning channels would have looked okay, but since I used backstitching, it just looked ugly. 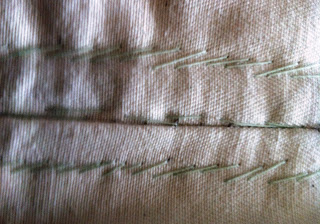 So, I decided to cover it up and I used some cotton fabric and just whipstitched them on. 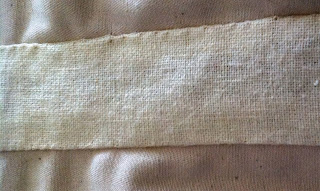 The outside isn't great either because the thread I used to sew the pieces together was too dark and shows through in some places. But since the whole thing will be under my clothes, I'm not altogether unhappy with it. My stitches aren't superduper neat, but I don't look like a monkey did it either. Okay, I swear by tomorrow, I'll have finished corset pictures.

Posted by Unknown at 4:56 PM No comments:

Some of my favorite (handsewing) things

While you are all still waiting with bated breath for corset pictures. I'll give you my own little unfinished list of favorite sewing tools. I would love to hear about yours in the comments. I'm always looking for things to make my life easier.

1. Wonder Clips. These handy little clips can hold multiple pieces of fabric together without pinning. You can clip fabric to your cutting board when cutting bias strips. They hold very firmly. They also come in a larger size. 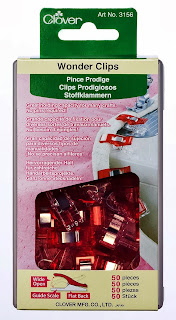 2. Flower Head Pins These are nice and long and flexible. So they hold multiple layers well and are nice for hold cartridge pleats in place. 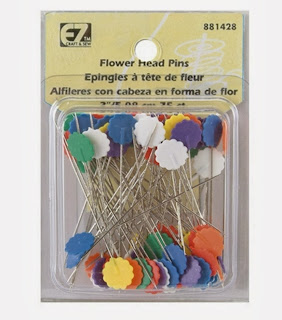 3. Flexible Rubber Thimble I actually have a couple of different sizes. They are not uncomfortable, I sometimes forget they are on and they save me from hurtng myself. They also make it easier to push through heavy cloth. 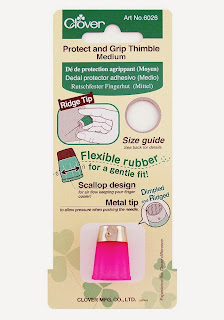 4. Kiss Off  stain remover. I bleed all over everything. No matter how many thimbles I wear, stabby, stab, stab, stab. So this stuff takes it off like magic. 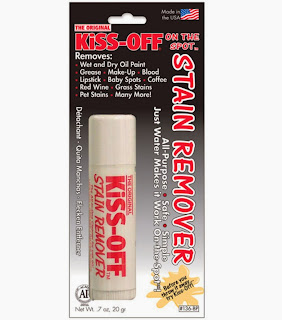 5. See Thru Dressmakers Ruler
Simplify your life. This makes it easier to draw straight lines when handstitching corset channels or any other topstitching.

Those are just some little things. There are lots of other things; iron, ironing board, etc.  but these little beauties are some of my favorites.